BroadwayRadio Special: Interview with Adam Szymkowicz, Life of a Playwright

James Marino speaks with Adam Szymkowicz about making a life as a playwright. 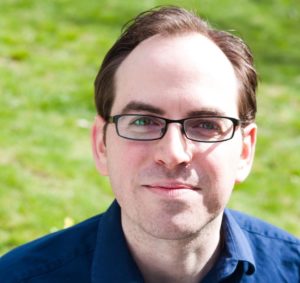 He was the premiere Resident Playwright at The Chance Theater in Anaheim, CA and the first playwright to participate in Bloomington Playwrights Projects’ Square One Series. He has been to The Orchard Project and to JAW at Portland Center Stage, served twice as Playwright in Residence at the William Inge Center, and took part in The Dramatists Guild Fund’s Traveling Masters program. Szymkowicz received a grant from the CT Commission on Culture & Tourism, and has been commissioned by South Coast Rep, Rising Phoenix Rep, Texas State University, The NOLA Project, Single Carrot Theater, and Flux Theater Ensemble.

Adam received a Playwright’s Diploma from The Juilliard School’s Lila Acheson Wallace American Playwrights Program and an MFA from Columbia University where he was the Dean’s Fellow. Szymkowicz is a two-time Lecomte du Nouy Prize winner, a member of the Dramatists Guild, Writer’s Guild of America, and was a member of Primary Stages’ Dorothy Strelsin New American Writer’s Group, the MCC Playwright’s Coalition and of the first Ars Nova Play Group.

He has interviewed over 1000 playwrights on his blog. Szymkowicz is the Literary Manager at The Juilliard School, supporting the playwriting program there. For more, go to www.adamszymkowicz.com.

Playwrights’ Platform | helping you go from page to the stage.

Take This Job and Obsess About It (Sing, Too)
‘The Why Overhead’ by Adam Szymkowicz at Access Theater
Access Theater, 380 Broadway
By RACHEL SALTZSEPT. 12, 2012

2018: Adam had thirty productions of his plays

“I’d really like to be a playwright, can you give me advice…”

One Response to “BroadwayRadio Special: Interview with Adam Szymkowicz, Life of a Playwright”