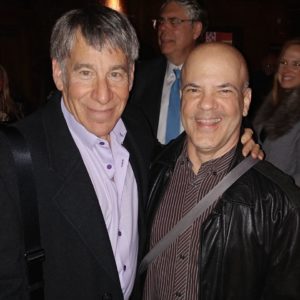 Michael Portantiere and Stephen Schartz at the Orphaned Starfish Foundation benefit at The Cutting Room on Monday, November 19, 2018

— The Prince of Egypt by Stephen Schwartz news coming

Email addresses: see above in bios

…and anywhere that you can listen to finer podcasts.