This Week on Broadway for September 13, 2015: Rory Max Kaplan

Peter Filichia, James Marino and Michael Portantiere chat with Rory Max Kaplan. Kris Vire joins us to talk about Time Out Chicago’s 2015 Theater Awards. Reviews this week include Whorl Inside a Loop, The Legend of Georgia McBride, and Desire, An Evening of Plays Based on Six Stories by Tennessee Williams. Peter discusses the press preview for Dames at Sea and Michael attended the Metropolitan Opera’s screening of Il Trittico. 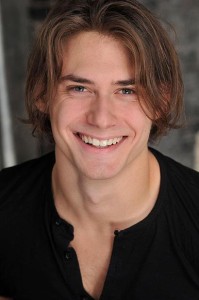 Flashback: Michael reviews Rory in :Nothing But Trash” in this episode:
This Week on Broadway for March 16, 2014: Jason Robert Brown and Sean McDermott

A native New Yorker, and currently performing in Jersey Boys Broadway, Rory Max Kaplan has been a passionate creative since the beginning. Be it classical dance, cartoon voices, acting on screen, picking up a new instrument, or singing in the studios for a new single, Rory seeks only to follow the hunger that propels him forward. An artist to the core, he’ll settle for nothing less in this lifetime than constant growth and expansion working his dharma, his innate calling: creative expression. Rory thrives in the fire of a challenge– transformation and interpretation ignite his spirit.

Kris Vire (rhymes with fire) is Senior Editor and Chief Theater Critic at Time Out Chicago and regularly writes for American Theater.

One Response to “This Week on Broadway for September 13, 2015: Rory Max Kaplan”