James Marino, Michael Portantiere and Matt Tamanini are this week’s hosts. Michael reviews A New Brain @ City Center and Significant Other @ Roundabout. Matt reviews non-Equity tours of Anything Goes and Beauty and the Beast, Central Florida premiere of In the Heights @ Baggy Pants Theatre Company in Orlando, and the Florida premiere of The Flick.

Matt is BroadwayWorld’s Senior TV and Film critic and writes across other BroadwayWorld sites, including BroadwayWorld Orlando. He is also the site’s Advertising and Database Manager. Matt is a director, producer, and playwright and serves as the Executive and Co-Artistic Director of The Squeaky Wheel Theatre Project in Orlando. You can connect with Matt through Twitter @BWWMatt. 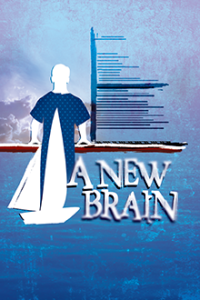 Follow Spot by Michael Portantiere
Jonathan Groff: So Much Spring, and Summer

The Mystery Show Podcast: Jake Gyllenhaal was becoming my Snuffleupagus

Non-Equity tours of “Anything Goes” and “Beauty and the Beast”

Anthony Warlow Announces He Will Step in for Kelsey Grammer in Broadway’s FINDING NEVERLAND!

We could talk about the Supreme Court decision and its impact on Broadway, if you thought there was anything to that.

“Bombshell” officially in the works

Neil Merron and Craig Zadan will be in town next week for the callbacks for Dorothy in “The Wiz.”

Robb Johnston asks: What Tony winning score has 3 songs, each with a different melody and sung by a different member of the cast but all three have the same title?