The Stagecraft podcast is hosted by Jan Simpson. It is a series of interviews with playwrights (and musical book writers) of shows opening on Broadway and off-Broadway. 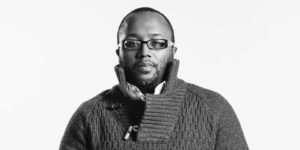 Guest: Robert O’Hara
Playwrights Horizons: Bootycandy (writer and director), Bella: An American Tall Tale (director). He has received the NAACP Best Director Award, the Helen Hayes Award for Outstanding New Play, two Obie Awards, and the Oppenheimer Award. He directed the world premieres of Nikkole Salter and Danai Gurira’s In the Continuum, Tarell McCraney’s The Brother/Sister Plays (Part 2), Colman Domingo’s Wild With Happy, as well as his own plays, Bootycandy and Insurrection: Holding History. He has also written Zombie: The American (Wooly Mammoth) and Barbecue (The Public Theater).

Host: Jan Simpson | jan@broadwayandme.com | Facebook | Twitter
Broadway & Me
JAN SIMPSON is the Director of the Arts and Culture Journalism program at CUNY’s Graduate School of Journalism, and also writes for TDF Stages, American Theater and has her own blog at Broadway & Me.