Peter Filichia, James Marino, Michael Portantiere, and Matt Tamanini talk with composer and sound designer Lindsay Jones.Peter reviews Do I Hear a Waltz? at New York City Center. Michael revisits The King and I, and The Color Purple. Michael also reviews School for Scandal. Matt reviews the HBO production of All The Way. 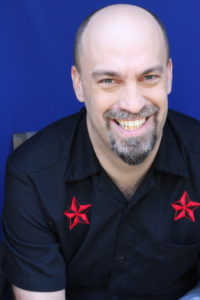 The Collaborator Party, headed by theatrical sound designers Lindsay Jones and John Gromada, announced that their event will return for a second year in New York City, after last year’s party demolished all attendance expectations with a complete and total sell-out crowd. The Collaborator Party is the official Tony night party for the theatre sound community and all of their collaborators. The main party will be held June 12, 2016 at Flatiron Hall (38 W. 26th St. in New York City) from 7pm-11pm.
www.collaboratorparty.com

Tug Of War at Chicago Shakespeare, which is a two-part 12 hour rock and roll musical, made up of 6 Shakespeare plays.

The Wiz at Oregon Shakespeare Festival

The Madwoman In The Volvo, starring Sandra Tsing Loh (from NPR) at Pasadena Playhouse

Privacy at the Public Theater in NYC, starring Daniel Radcliffe

MT: HBO’s production of All The Way

A Musical from Something Rotten!