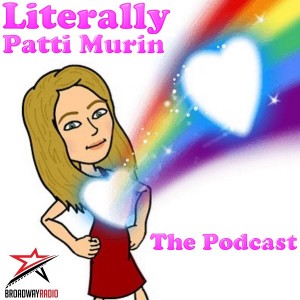 Once a monthish, Patti will be joined by some of her Broadway friends to discuss life, theatre, and life in the theatre. In addition to being a talented performer, Patti uses her blog, and now this podcast, to talk about things that are often left unsaid.

In the inaugural edition of “Literally Patti Murin: The Podcast,” Broadway’s Lysistrata Jones chats with her Broadway BFF, Tony-nominated star of stage and screen, Andrew Rannells (“The Book of Mormon,” “Hedwig and the Angry Inch,” “Hamilton”), about Broadway, “The Bachelor,” and how being on Broadway is like “The Bachelor.”

In addition to being a Broadway leading lady, Patti is an accomplished writer, reality TV aficionado, and wine connoisseur, who intelligently and comedically takes on a wide-range of issues from depression to message board bullying.