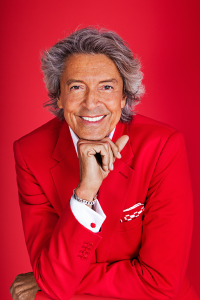 In Taps, Tunes and Tall Tales, Broadway’s tallest tapper takes to the stage – dancing, singing and tale-telling. The 10 time Tony Award® winner takes an autobiographical stroll, celebrating 50 plus years of big time showmanship! From his arrival in New York City as a fresh-faced kid from Texas, through his most popular roles on stage and screen, to his ascension as one of Broadway’s most accomplished director-choreographers. Accompanied by Michael Biagi, his music director for nearly four decades, the evening features Tune’s personal renditions of standards by Irving Berlin, Kurt Weill, Cole Porter, Johnny Mercer, Burt Bacharach, the Gershwins, Carole King, Green Day and more.

Becoming Mike Nichols @ HBO. The renowned director opens up to his close friend and colleague, Jack O’Brien, in his historic, final filmed appearance.