This Week on Broadway for February 14, 2016: Fred Barton and American Showstoppers 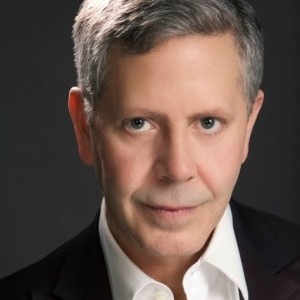 AMERICAN SHOWSTOPPERS featuring The Fred Barton Orchestra will perform “An Evening with Cole Porter” at Pace University’s Schimmel Center (3 Spruce Street in New York, NY 10038) on Friday, March 4 at 7:30 PM. Tickets range from $29 to $55 and are available at Schimmel.Pace.edu or the box office at (212) 346-1715. A second performance will take place at the Leon M. Goldstein Performing Arts Center at Kingsborough Community College (2001 Oriental Boulevard in Brooklyn, NY 11235) on Saturday, March 5 at 8:00 PM. Tickets are available at OnStageatKingsborough.org or at the box office at (718) 368-5596.

FRED BARTON is an acclaimed composer, lyricist, orchestrator, conduction and actor. His symphony arrangements are played regularly by the New York Pops at Carnegie Hall and major symphonies around the country. On Broadway and national tour, Fred conducted Anthony Quinn in Zorba, Hal Prince’s production of Cabaret, Cy Coleman’s City Of Angels and Robert Goulet in Camelot; he played in the pit of Cy Coleman’s The Will Rogers Follies, Tommy Tune’s revival of Grease, the 1992 revival of Guys & Dolls, and off-Broadway’s Ruthless. Fred is co-librettist, musical supervisor and arranger for the Broadway-bound Harold Arlen musical One For My Baby. Fred debuted in New York as the original arranger/pianist for Forbidden Broadway. He created the book, music and lyrics for his one-man show Miss Gulch Returns! (Backstage Bistro Award), which has been performed at theaters nationwide; he wrote book, music and lyrics for The Two Svengalis, contributed songs to the off-Broadway productions Whoop-Dee-Doo! and Burly-Q, and wrote music and lyrics for Universal’s Creature From The Black Lagoon. Fred’s TV credits as composer and arranger include HBO’s “Cathouse: The Musical,” “Olivia,” “Wonder Pets!” and “The Magic School Bus” (Emmy Award.) He has produced and arranged numerous CDs.

In Nikkole Salter’s Repairing a Nation from the Crossroads Theatre Company in New Brunswick, New Jersey, the Davis family gathers for a holiday celebration in their native Tulsa, Oklahoma, but all goes awry when the family matriarch insists they join a lawsuit seeking reparations for the Tulsa Race Riots that devastated their family 80 years ago. The cast includes Chantal Jean-Pierre, Angel Moore, Landon Woodson, Stephanie Berry, and Phil McGlaston.

That’s What They Wrote and ‘That’swhatshesaid’ BY NICOLE SERRATORE
A performance piece used bits of copyrighted plays to critique the portrayal of women in contemporary theatre. Was it fair use or out of bounds?

Ed Cachianes, FOLLIES at the Roxy:

You Are Too Beautiful – Damon Kirsche

No Man Left For Me – Tari Kelly