This Week on Broadway for December 27, 2015: American Dance Machine @ The Joyce

Peter Filichia, James Marino, and Michael Portantiere review American Dance Machine for the 21st Century @ The Joyce Theater, Playwrights Horizons production of Marjorie Prime, Kevin Jones in A Christmas Carol at the Merchant’s House, The Golden Bride @ Museum of Jewish Heritage, Naomi Wallace’s play Night is a Room @ Signature Theatre, and then we reflect a little on 2015.
———————————- 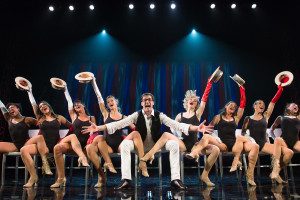 The Wiz LIVE! Original Soundtrack of the NBC Television Event

Peter Filichia’s Best in 2015 (in no particular order):

A View from the Bridge

Whorl Inside a Loop

MP: Patricia Elliott, Tony Winner and ‘One Life to Live’ Actress, Dies at 77 by Jacob Bryant

The Wiz LIVE! Original Soundtrack of the NBC Television Event

07 Ease On Down The Road