This Week on Broadway for December 6, 2015: Vivian Reed

Peter Filichia, whose play ADAM’S GIFTS: A NEW CHRISTMAS CAROL, will soon be opening in Clinton, Iowa at the Clinton Area Showboat Theatre.

Matt Tamanini | Twitter
Matt is BroadwayWorld’s Senior TV and Film critic, and is an editor at BWW Orlando. He is also the host BroadwayWorld’s “Some Like it Pop” podcast. You can connect with Matt through Twitter @BWWMatt. 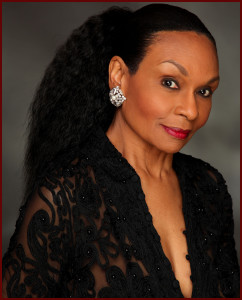 Vivian Reed is a two-time Tony Award nominee (Bubbling Brown Sugar and The High Rollers Social and Pleasure Club), Drama Desk Award winner, Outer Critics Circle Award winner, and has received an NAACP Award as well. She studied at the Juilliard School of Music and has sustained a dynamic career as an actress, singer and dancer on the stage and screen. In addition to several appearances on “The Tonight Show,” “The Today Show” and the ABC-TV daytime drama “One Life to Live,” Ms. Reed took on the role of Josephine Baker in the film Le Rumba. Selected by People Magazine as one of the “25 Most Intriguing People of the Year,” Vivian Reed has captured the hearts of audiences all over the world and continues to share her wealth of knowledge and experience as a celebrity vocal teacher on the staff of Marymount College, in New York City.

Wait Wait…Don’t Tell Me! For Dec. 5, 2015 — Not My Job: We Ask Actor Jeff Daniels About People Named Steve And Their Jobs

One Response to “This Week on Broadway for December 6, 2015: Vivian Reed”