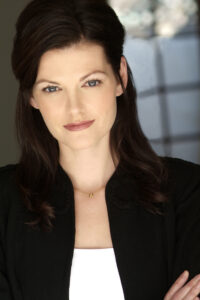 Kate Shindle was elected President of Actors’ Equity Association in May of 2015. She is the youngest member ever to hold the highest ranking position on Equity’s governing National Council, and the third woman in Equity’s history elected to the office. A member of the union since 1999, Shindle previously served a three-year term as Eastern Regional Vice President (2009-2012).

Shindle was first elected to Equity’s national council in 2008 and has served on numerous internal committees to support outreach, contract work, wages and improvements for members nationwide, including the Actors’ Equity Foundation, House Affairs, National Public Policy and New Media & Technology committees. She has been a member of three negotiating teams for the Production Contract (2008, 2011, 2015), Equity’s top-tier agreement covering Broadway, national touring and the Kennedy Center. She recently became a board member for both The Actors Fund and Broadway Cares/Equity Fights AIDS.

Shindle made her Broadway debut in Jekyll & Hyde. Other notable Broadway roles include Sally Bowles in Cabaret (after headlining the national tour), Vivienne in Legally Blonde and The Mad Hatter in Frank Wildhorn’s Wonderland. As a producer, Shindle was an associate on the Broadway premiere of the Tony-nominated A Christmas Story: The Musical. She has performed at regional theatres including La Jolla Playhouse (San Diego), The Old Globe (San Diego), Alley Theatre (Houston), Huntington Theatre (Boston), Portland Center Stage (Oregon), Bay Street Theatre (Sag Harbor) and Pittsburgh Civic Light Opera, and special engagements at Carnegie Hall, Birdland Jazz Club and 54 Below, among others. Film credits include Lucky Stiff, Capote and The Stepford Wives. On television, she has appeared in Law & Order: SVU, Gossip Girl and White Collar.

During her studies at Northwestern University, Shindle earned the title of Miss America 1998, effectively using her position to advocate for HIV prevention and education. She was a panelist and moderator at the World AIDS Conference, has spoken twice at the National Press Club, and was praised for “shattering every ugly stereotype about Miss America.” She remains a dedicated AIDS activist and has been a vocal supporter of marriage equality and anti-discrimination laws for the LGBTQ community.

Her analysis of both the personal and academic histories of the institution, Being Miss America: Behind the Rhinestone Curtain was published by the University of Texas Press in 2014. Other writings on the cultural history of pageants have appeared in Newsweek, The Daily Beast, Huffington Post, The Advocate and Salon.

Host: Jena Tesse Fox | Twitter | Instagram
Jena Tesse Fox has been writing about theater for more than 10 years for numerous publications, including Playbill Magazine, BroadwayWorld.com, Time Out New York and HowlRound.com. She is a voting member of the Drama Desk Awards, and is a contributor to BroadwayRadio