Jena Tesse Fox, James Marino, and Michael Portantiere talk with LaChanze about her new show, “Feeling Good”. After, we review The Present, The Metropolitan Opera’s production of Roméo et Juliette, directed by Bartlett Sher, Dinner at Eight from Minnesota Opera @ 54 Below, and Jim Caruso’s Cast Party. We discuss the new movie Manchester by the Sea and Dick Gautier. 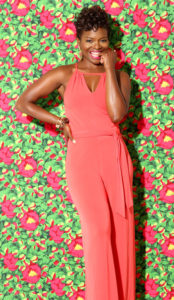 TO CELEBRATE NEW SHOW AT THE HIGHLINE BALLROOM

IN ADVANCE OF UPCOMING NATIONAL TOUR

New York, NY (12/15/2016) – LaCHANZE – the Tony Award winning actress and concert star of The Color Purple, If/Then, Once on This Island and more – has announced plans to record a special EP “Feeling Good” to feature musical highlights of her electric new concert of the same name at The Highline Ballroom. The show will debut on Monday, February 27, 2017 in anticipation of an upcoming national tour. The recording will be released on Friday, February 24, 2017.

“Feeling Good is a peek into my life through song,” she explains. “Since our preview back in 2014 at Joe’s Pub we have been reworking the material to include original music as well as new arrangements starting with the title song, arranged by Michael Olatuja. I’ve been flirting with the idea of a concert that explores my life for three years. I am currently working on my memoir and this process has inspired this evening of music. We use Jazz, Rock and Soul, along with contemporary Broadway compositions to take you on this journey.

When “Feeling Good” had its world premiere at Washington DC’s Kennedy Center last year, BroadwayWorld.com praised “her ability to deliver exceptional vocals mixed with authentic emotions. Add to that her charm, seemingly natural ability to draw the audience in as if the event is an intimate music sharing experience among friends.” DC Metro Theater Arts raved “LaChanze proved herself to be almost a volcanic, spontaneous force of nature, endowing each song with distinctive and very nuanced shadings appropriate to the mood of each lyric.”

LaCHANZE has been hailed as “magnetic” by The New York Times, “irresistible” by The Washington Post, “compelling” by The New Yorker, “dazzling” by Variety and “bright and ebullient” by The Los Angeles Times. According to the San Francisco Chronicle, “the beaming, warm-toned LaChanze is a buoyantly upbeat delight.”

LaCHANZE is Broadway and concert star who won the 2006 Tony Award for “Best Actress in a Musical” in the original cast of The Color Purple. Other Broadway credits include If/Then, Once on This Island (Tony and Drama Desk nominations), Ragtime, Company and Uptown It’s Hot. She starred Off-Broadway in Dessa Rose (Obie Award and Drama Desk Award nomination), The Bubbly Black Girl Sheds Her Chameleon Skin (Drama Desk nomination) and Inked Baby. Other theater credits include The Wiz, Baby, From the Mississippi Delta and Spunk. Film credits include The Help, Side Effects, Breaking Upwards, Confessions of a Shopaholic, Disney’s Hercules, For Love or Money and Leap of Faith. Television credits include “Person of Interest,” “Handel’s Messiah Rocks” (Emmy Award), “Lucy” (CBS TV movie), “Law & Order: SVU,” “Sex and the City,” “New York Undercover” and “The Cosby Show.” Her debut childrens book Little Diva was called “endearing” and “sophisticated” by Booklist.

LaCHANZE will present “Feeling Good” at The Highline Ballroom on Monday, February 27, 2017 at 8:00 PM. The venue is located at 431 West 16th Street, between Ninth and Tenth Avenues. Tickets are $35 in advance, $40 at the door. VIP tickets are available $65. Please visit HighlineBallroom.com for seats.

JF: Dinner at Eight from Minnesota Opera @ 54 Below

Manchester by the Sea

LaChanze, “Waiting for Life” from ONCE ON THIS ISLAND