This Week on Broadway for December 4, 2016: Telly Leung

Peter Filichia, James Marino, and Michael Portantiere talk with Telly Leung. Reviews include A Bronx Tale The Musical, Ride The Cyclone, Tick, Tick… BOOM!, The Front Page on Broadway, The Illusionists – Turn of the Century, Kevin!!!!!, and Robb Johnston gives us his review of Alton Brown Live: Eat Your Science. 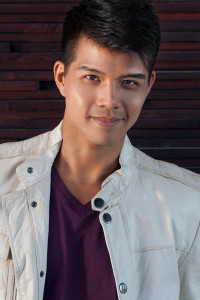 TELLY LEUNG made his Broadway debut in the 2002 revival of Rodgers and Hammerstein’s Flower Drum Song opposite Lea Salonga, followed by the Roundabout Theater Company revival of Stephen Sondheim and John Weidman’s Pacific Overtures. Telly starred in the final Broadway cast of the Pulitzer Prize-winning musical Rent, which was filmed for DVD release. In the 2011 revival of Godspell, his version of “All Good Gifts” was praised as “magnificent” by New York Magazine, “superb” by The Philadelphia Inquirer, and “a standout” by Bloomberg News.

On Fox TV’s ”Glee,” Leung was featured as a member of the Dalton Academy Warblers opposite Darren Criss. When he recreated his portrayal of “Angel” in Rent at the Hollywood Bowl – directed by Neil Patrick Harris – he was called “vibrant” by the Los Angeles Times, “stunning” by the Orange County Register and praised for his “sweet, clear tenor” by Variety. Telly also originated the role of Boq in the Chicago production of the smash hit Wicked and has performed in concert and shows at venues such as Carnegie Hall, the Kennedy Center, the Hippodrome in London, Birdland Jazz Club and 54 Below in New York, Paper Mill Playhouse, Philadelphia Theater Company, Ford’s Theater, and more.

He served as producer for the short film Grind, starring Anthony Rapp (If/Then, Rent), Claire Coffee (“Grimm,” “The West Wing”) and Pasha Pellosie (“The Carrie Diaries”). The movie, which won honors at film festivals around the country, is available to stream atGrindShortFilm.com. The soundtrack is available on Yellow Sound Label. Telly is also the co-producer of the touring concert series “Broadway Back Together,” a reunion of major headliners who have performed on Broadway together, sharing an evening of personal backstage anecdotes and show-stopping music.

Telly Leung – Songs For You

Listen: This Week on Broadway for November 15, 2015: Telly Leung

One Response to “This Week on Broadway for December 4, 2016: Telly Leung”