This Week on Broadway for August 14, 2016: Troilus and Cressida

MP: The Public Theater’s production Troilus and Cressida at the Delacorte Theater (in Central Park)

PF: Two shows in a barns

— Priscilla Beach Theatre’s production of A Funny Thing Happened on the Way to the Forum, 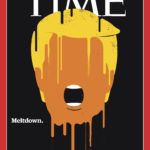 Overture from Crazy for You