This Week on Broadway for April 24, 2016: The Father, I Am Anne Hutchinson, I Am Harvey Milk

James Marino, Michael Portantiere and Jan Simpson review Manhattan Theatre Club’s production of The Father. Jan catches us up with her reviews of Blackbird, Bright Star, Dry Powder and Kings. Michael is back from his visit to DC where he saw 110 in the Shade @ Ford’s Theatre, and Cat on a Hot Tin Roof @ The Round House Theatre. Listener Debbie Shrager calls in a review of I Am Anne Hutchinson/I Am Harvey Milk. And finally we wrap up with Antlia Pneumatica at Playwrights Horizons, Revolt. She Said. Revolt Again, Red Bull’s production of School for Scandal at the Lucille Lortel, and Straight at the Clurman.

Jan Simpson | Facebook | Twitter
Broadway & Me
JAN SIMPSON is Co-director of the Arts and Culture Journalism program at CUNY’s Graduate School of Journalism, and also writes for TDF Stages and Playbill 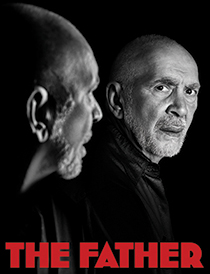 JS: Red Bull’s production of School for Scandal at the Lucille Lortel,

JS: Straight at the Clurman

MP: A Man For All Seasons at SeaViewPlaywrightsTheatre on Staten Island

No Peter this week, trivia returns next week!

I Am Harvey Milk Original Cast Recording
The original cast recording of Andrew Lippa’s I AM HARVEY MILK was released today (October 11, 2013) in celebration of National Coming Out Day. This live recording is from the world-premiere performance by the San Francisco Gay Men’s Chorus and features Andrew Lippa, Tony award-winner Laura Benanti, and Noah Marlowe. Video Design by Andrew Lazarow.