This Week on Broadway for December 13, 2015: Paul Hodge, writer-composer of Clinton The Musical

We review School of Rock, The Color Purple, Lazarus @ New York Theatre Workshop, A View from The Bridge, China Doll, Rose @ Nora’s Playhouse, and A Funny Thing Happened on the Way to the Forum @ Two River Theater.
———————————-

Peter Filichia, whose play ADAM’S GIFTS: A NEW CHRISTMAS CAROL, will soon be opening in Clinton, Iowa at the Clinton Area Showboat Theatre.

Michael Portantiere | michael@broadwayradio.com | Facebook
MICHAEL PORTANTIERE is a theater reviewer and essayist, whose work appears at TalkinBroadway, The Sondheim Review and BroadwayStars. He is also a theatrical photographer whose photos have appeared in The New York Times and other major publications. You can see his photography work at FollowSpotPhoto.com. 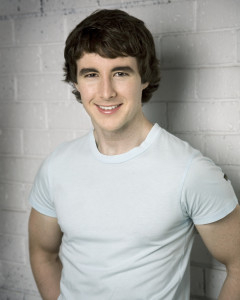 Paul Hodge is a writer-composer from Brisbane, Australia. His most recent work, Clinton The Musical, was performed Off-Broadway at New World Stages in 2015, at the New York Musical Theatre Festival, London’s King’s Head Theatre, at the Edinburgh Festival Fringe and will have its Australian Premiere in 2016 with the Black Swan State Theatre Company of Western Australia. Off-Broadway, Clinton received a nomination for Best New Musical from the Off-Broadway Alliance, a New York Times Critics Pick, and nominations for Best New Musical and Best Book of a Musical at the Edinburgh Festival Fringe. His musical, Terra Australis, was shortlisted for the QLD Premier’s Drama Award 2012-13. He is completing a PhD in Music Composition and received the Dalley Scarlett Memorial Scholarship to complete a Masters in Music Theatre Performance at the Royal Conservatoire of Scotland. Awards include the Margaret Nickson Prize and 4MBS Sid Page Musica Viva Chamber Music Prize.

— This Week on Broadway for November 22, 2015: Kathleen Chalfant

We are recording Sunday night next week.

Transport Group’s Once Upon a Mattress