This Week on Broadway for November 29, 2015: Jessica Hecht

We review A Confederacy of Dunces, Allegiance, A View from The Bridge, Shear Madness, Dada Woof Papa Hot, Arthur Miller’s Incident at Vichy, The New Group’s production of Steve, and King Charles III.

Carey Purcell | Twitter | Website
CAREY PURCELL is a staff writer and the features editor of Playbill.com. Her new column, “A Woman’s World” focuses on covering women’s issues, both on and Off-Broadway by highlighting successful women in the industry and the challenges they have faced. She can be followed on Twitter @CareyPurcell and at her blog CareyPurcell.com. 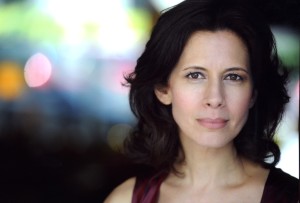 Jessica Hecht last starred on Broadway in the Tony nominated-play The Assembled Parties. She was nominated for a Tony Award for her performance in the recent revival of Arthur Miller’s A View from the Bridge opposite Liev Schreiber and Scarlett Johansson. Her other Broadway appearances include the revivals of Harvey opposite Jim Parsons, Brighton Beach Memoirs opposite Laurie Metcalf, Julius Caesar opposite Denzel Washington, After the Fall opposite Peter Krause and Carla Gugino, and her Broadway debut in the Tony Award-winning play The Last Night of Ballyhoo. Her many off-Broadway appearances include starring roles in The Three Sisters (Classic Stage Company); Make Me (Atlantic Theater Company); The House in Town (Lincoln Center Theater); Stop, Kiss (The Public Theater); Lobster Alice (Playwrights Horizons); Plunge (Playwrights Horizons); Flesh and Blood (New York Theatre Workshop); The Fourth Sister (The Vineyard Theatre). She has spent nine seasons at the Williamstown Theatre Festival, where she recently played “Blanche” opposite Sam Rockwell in A Streetcar Named Desire. On film, she will next be seen in Tim Blake Nelson’s Anesthesia. Her recent films include The English Teacher with Julianne Moore, “Emma Goldman” in Clint Eastwood’s J. Edgar with Leonardo DiCaprio, Rob Reiner’sThe Summer of Monte Wildhorn with Morgan Freeman, and Jonah Hill’s mother in The Sitter. Her other films include Helena from the Wedding, Fair Game with Naomi Watts and Sean Penn, The Winning Season with Sam Rockwell, and Wes Craven’s My Soul to Take. She was also seen in Woody Allen’sWhatever Works with Larry David, Dan in Real Life with Steve Carrell, Starting out in the Evening with Frank Langella, Sideways with Paul Giamatti, The Forgotten with Julianne Moore, and Tim Blake Nelson’s The Grey Zone. Ms. Hecht’s extensive television work includes her recurring roles on “Bored to Death” opposite Ted Danson, “Breaking Bad” opposite Bryan Cranston and “Person of Interest.” Well known for her role as “Susan” on “Friends,” she also starred in “The Single Guy” with Jonathan Silverman, and in James Brooks’s “What about Joan?” with Joan Cusack. Her many memorable performances include guest appearances on numerous television series including, “The Good Wife,” “Nurse Jackie,” “ER,” “Seinfeld” and the forthcoming Marvel series, “Violet.”

HAMILTON #Ham4Ham 11/27/15 with George Takei & the cast of ALLEGIANCE. Video by Howard Sherman

Wedding Dance (From “Fiddler on the Roof”)