This Week on Broadway for November 22, 2015: Kathleen Chalfant

James Marino, Michael Portantiere, and Carey Purcell chat with Kathleen Chalfant. We review the Broadway production of Misery, The Public’s production of First Daughter Suite, and Laura Benanti at NJPAC.

Carey Purcell | Twitter | Website
CAREY PURCELL is a staff writer and the features editor of Playbill.com. Her new column, “A Woman’s World” focuses on covering women’s issues, both on and Off-Broadway by highlighting successful women in the industry and the challenges they have faced. She can be followed on Twitter @CareyPurcell and at her blog CareyPurcell.com. 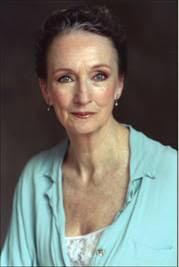 — This Week on Broadway for June 21, 2015: Michael Friedman and The Fortress of Solitude

Michael Riedel: Will this be the show that finally sinks Al Pacino’s stage career?

Laura Benanti: In Constant Search of the Right Kind of Attention: Live At 54 BELOW Live

One Response to “This Week on Broadway for November 22, 2015: Kathleen Chalfant”