Peter Filichia | peter@broadwayradio.com | Facebook
PETER FILICHIA is a theater journalist and historian with a number of books, his most recent is, “The Great Parade”, available everywhere. His columns appear at MTI, Kritzerland, Masterworks Broadway, Broadway Select and many other places.

Michael Portantiere | michael@broadwayradio.com | Facebook
MICHAEL PORTANTIERE is a theater reviewer and essayist, whose work appears at TalkinBroadway, The Sondheim Review and BroadwayStars. He is also a theatrical photographer whose photos have appeared in The New York Times and other major publications. You can see his photography work at FollowSpotPhoto.com. 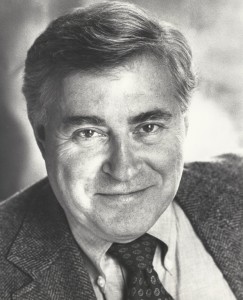 LEE ADAMS made his Broadway debut with Bye Bye Birdie in 1960. Forty-six years later, Birdie remains the most performed musical for schools and amateur theaters. Adams received the first of his two Tony Awards for Birdie, followed on Broadway by All American (1962); Golden Boy with Sammy Davis (1964); ….It’s Superman (1966); Applause with Lauren Bacall (1970), for which he won his second Tony. In 1972, with his composer-collaborator Charles Strouse, Adams wrote a much-acclaimed musical, I and Albert in London. He wrote the lyrics for TV’s long-running “All in the Family” theme, “Those Were The Days.” And with Strouse he wrote the score for the film The Night They Raided Minsky’s, a cult favorite.

The event will take place at The National Arts Club (15 Gramercy Park South in New York City) on Sunday, October 25, starting at 6:00 PM with a Cocktail & Hors d’oeuvres Reception, the Musical Program at 7:00 PM, followed by a Champagne and Dessert Party. Gala tickets are $500, with special discounts on companion tickets available before October 13, 2015. To buy tickets, to place a congratulatory ad in the program, or for more information, visit www.EncompassOpera.org or call (718) 398-4675.

— Flashback: This Week on Broadway for November 17, 2013: Joe DiPietro

Tony Bennett’s recording of “Once Upon a Time”