James Marino talks with Mo Brady and Nikka Graff Lanzarone, of The Ensemblist Podcast, about their upcoming show at 54 Below. Peter Filichia and Michael Portantiere join in after to review Annie Baker’s, “John” @ Signature, A Delicate Ship, Drop Dead Perfect, The Oresteia @ CSC, Screening of West Side Story (Film) @ Lincoln Center. In the news, we talk about the passing of Kyle Jean-Baptiste and Joshua Park. Looking into the future, Kevin Bacon To Star In ‘Rear Window’ At Hartford Stage, and SpongeBob Musical is coming to Broadway.

[Note: we had a technical issue with sound, which caused the delay in releasing this episode. We apologize for the sound quality and the delay. There is no show for the weekend of September 6, 2015, Labor Day. See you next week!] 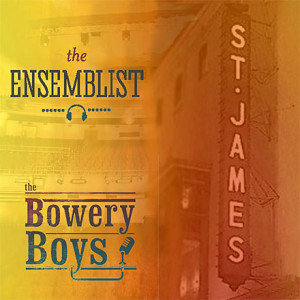 The Adventures of Tom Sawyer

The Adventures of Tom Sawyer “To Hear You Say My Name”