This Week on Broadway for August 23, 2015: Brian Drutman and Cast Recordings

Peter Filichia, James Marino, and Michael Portantiere interview Brian Drutman about his many years in the cast recording business. Peter gives us his review of Hamilton and The New Group’s production of Mercury Fur. Michael reviews a few cast recordings. That plus more. 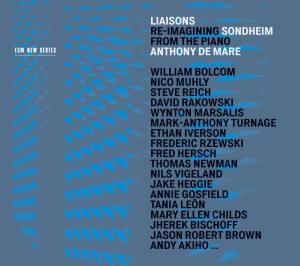 LIAISONS
Re-Imagining Sondheim from The Piano

Pianist Anthony de Mare presents a new 3CD set of 36 songs by legendary composer Stephen Sondheim – arranged and reimagined by some of the world’s most exciting contemporary composers.

An American in Paris (Sony)

On The Town (PS Classics)

The King and I (Decca)

Colors of the Wind from Disney’s Pocahontas

Love is in the Air — David Shire