This Week on Broadway for August 2, 2015: Terrence Mann and Charlotte d’Amboise

James Marino and Michael Portantiere talk with Terrence Mann and Charlotte d’Amboise about their 2015 Triple Arts Summer Intensive Program. Peter Filichia joins in the conversation where we discuss Amazing Grace, The Attic Theater’s production of The Dreamer Examines His Pillow, and The Twentieth-Century Way @ Rattlestick. All that, plus some news from the week. 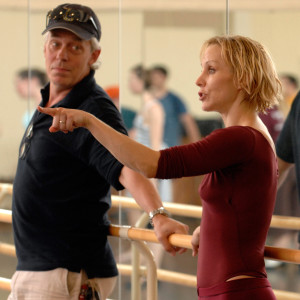 Tony nominees Terrence Mann and Charlotte d’Amboise, the husband and wife stars of Broadway’s Pippin and Cats, have announced the 2015 Triple Arts Summer Intensive Program for young people will take place in association with National Dance Institute (NDI) from August 10 – 21, 2015 at
NDI’s headquarters in Harlem.

For more information about Triple Arts and how to register, please visit www.triplearts.com.

Charlotte d’Amboise, the actress now playing Fastrada in Broadway’s “Pippin,” thought that her romance with Terrence Mann would last about as long as an intermission.

PF: The Attic Theater’s production of The Dreamer Examines His Pillow @ The Flea, 41 White Street, through August 15

Mary J. Blige and Queen Latifah in NBC’s live broadcast of The Wiz.

Michael Dale, July 28 at 11:52pm: “Dear Annaleigh Ashford… I hear Matthew Broderick will be your co-star in Sylvia. You may want to ask Nathan Lane for tips on building your upper body strength.”

Songs for the Fallen wins Best Musical at NYMF.

One Response to “This Week on Broadway for August 2, 2015: Terrence Mann and Charlotte d’Amboise”