Matt Tamanini | Twitter
MATT TAMANINI is BroadwayWorld’s Senior TV and Film critic and writes across other BroadwayWorld sites, including BroadwayWorld Orlando. He is also the site’s Advertising and Database Manager. Matt is a director, producer, and playwright and serves as the Executive and Co-Artistic Director of The Squeaky Wheel Theatre Project in Orlando. You can connect with Matt through Twitter @BWWMatt. 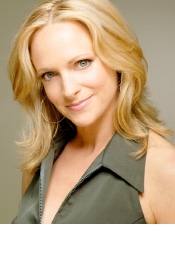 Paige Price is in her eighth season as Executive Artistic Director of Theatre Aspen, overseeing a capital campaign and the doubling of the organization’s budget.  After years spent as a Broadway performer, she began producing events, television shows and theatre.  As a producer, Price’s credits include Midlife:The Crisis Musical! and the National Tour of New York Loves America. She co-produced the CBS television shows Broadway Under the Stars, Broadway Meets Country at Jazz at Lincoln Center and many other productions and concerts in the U.S. and abroad. For two years, Price co-produced the CBS special Holiday in Bryant Park.

Since 2006, Price has been the 1st Vice President of Actors’ Equity Association, the national union for actors and stage managers, and  is also a member of The League of Professional Theatre Women.  She was named by City Speaker Christine C. Quinn to the Theatre Subdistrict Council, a cultural arts granting board headed by NYC Mayor Bill de Blasio, and in 2013 was elected to the board of NAMT, the National Alliance for Musical Theatre, where she currently sits on the Membership Committee and co-chairs the Festival Selection Committees.

As a performer, she starred in Broadway’s Saturday Night Fever and was in the original cast of Disney’s Beauty and the Beast as well as Smokey Joe’s Café. She came to Theatre Aspen in 2007, when she starred in TA’s The Last Five Years, and the following season took over as Artistic Director. Her professional career encompasses performances Off Broadway, in regional theatre and on national and international tours. She has shared the stage with stars such as Tony Bennett, Lou Rawls and Gladys Knight. Her film and television credits include roles in All The Right Moves, Newhart and ED among others and she hosted the Tony Awards’ live Red Carpet web casts from 2002-2005.

We currently have 23 tours out and there will be 2 more during the holidays: White Christmas and Elf.

Non-Equity currently has 16 out and will have Elf and Grinch out during the holidays.

Plymouth, Mass: Fiddler on the Roof at Priscilla Beach Theatre (via Ron Fassler)

Megan Hilty, Campbell Scott and More Get Set to Slam Doors With Andrea Martin in Broadway Revival of Noises Off