Michael Portantiere and James Marino talk with Ben Vereen. Peter Filichia joins the conversation where we talk about Second Stage’s The Way We Get By, Queen of the Night, MCC Theater’s Permission, and The Bardy Bunch @ 54 Below.

MICHAEL PORTANTIERE is a theater reviewer and essayist, whose work appears at TalkinBroadway, The Sondheim Review and BroadwayStars. He is also a theatrical photographer whose photos have appeared in The New York Times and other major publications. 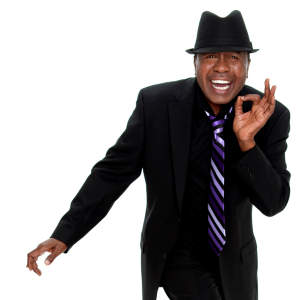 STEPPIN’ OUT WITH BEN VEREEN

TO PLAY ONE NIGHT ONLY AT THE SCHIMMEL CENTER

The legendary Ben Vereen will bring his one-of-a-kind show business electricity to the Schimmel Center at Pace University (3 Spruce St, New York, NY 10038) for one night only in STEPPIN’ OUT WITH BEN VEREEN on Saturday, May 30th at 7:30pm.

Few entertainers are as accomplished or versatile as Ben Vereen. Best known for his Tony Award winning performance in Pippin, he has also appeared on Broadway in Wicked, Fosse, Chicago, Hair, and Jesus Christ Superstar. Recently, Ben was featured in the Chris Rock film Top Five, and later this year can be seen in the feature film Time Out Of Mind, co-starring Richard Gere.

In STEPPIN’ OUT WITH BEN VEREEN, the great showman takes to the stage to recreate some of his iconic performances and to put a new spin on old favorites.

Each year, the Schimmel Center at Pace University presents a performing arts series that runs September through June and features internationally-acclaimed talent in the areas of music, dance, cabaret, opera, theatre and lectures. The Schimmel Center seeks to enrich and engage audiences by bringing world-class talent to Lower Manhattan, providing patrons with a culturally enriching experience and diverse programming that will captivate and inspire the minds of their community.

Few entertainers today are as accomplished or versatile as Ben Vereen. His legendary performances transcend time and have been woven into the fabric of this country’s artistic legacy. His first love and passion is and always will be the stage. “The theater was my first training ground. It taught me discipline, dedication and appreciation of hard work and values that will stay with me a lifetime. The stage sharpens the creative instrument and encourages you to go deeper inside and try new things,” states Ben.

On Broadway, Ben Vereen has appeared in Wicked, Fosse, I’m Not Rappaport, Hair, Jesus Christ Superstar, Grind, Pippin, Jelly’s Last Jam and A Christmas Carol. His role in Pippin garnered him both the prestigious Tony Award and Drama Desk Award for “Best Actor in a Musical.” Clive Barnes of the New York Post stated, “Ben Vereen – unquestionably one of the finest performances seen on Broadway.”

While performing worldwide, Ben’s acting credits continue to give us memorable roles that stand the test of time, such as the unforgettable Chicken George in Roots and Louis Armstrong in Louis Armstrong – Chicago Style. Ben’s television guest appearances include recurring role on How I Met Your Mother, Grey’s Anatomy, for which he won the Prism Award, Law and Order: Criminal Intent, NCIS, Tyler Perry’s House of Payne, OZ, Touched By An Angel, Second Noah, New York Undercover, The Nanny, Star Trek – The Next Generation, The Jamie Fox Show, The Promised Land, and Fresh Prince of Bel-Air.

Ben was recently featured in Chris Rock’s film, Top Five, which opened to critical acclaim last December. Later this year, he can be seen in the feature film Time Out Of Mind, co-starring Richard Gere.

Ben was nominated for an NAACP Image Award for his performance in the Hallmark movie An Accidental Friendship. In 2004, Ben was nominated for a “Career Achievement Award” by the Le Prix International Film Star Awards Organization. Ben celebrated Eartha Kitt’s 80th birthday in concert at Carnegie Hall to multiple standing ovations and in front of the Armed Forces for those men and women who have served in Iraq, truly a major highlight of his career. In 2009, he performed at the Inaugural Ball and entertained at the reopening of the Ford Theatre in Washington, D.C., which was attended by President Obama. On January 30th, 2012, Ben was inducted in to The Theatre Hall of Fame. Ben performed for 100,000 people at the Washington Monument on July 4th, 2012 and on August 11th, Ben was inducted into the Dance Hall of Fame. Ben also received the Broadwayworld.com 2012 Cabaret Award BEST CELEBRITY MALE VOCALIST for his dazzling 2 week run at the New York City’s latest music venue 54 Below. In May of 2013, Ben received his honorary degree from the LaGuardia School of Performing Arts.

In 2014, Ben founded the BEN VEREEN AWARDS. The Mission of the Ben Vereen Awards San Diego Competition is to utilize a competitive Tony® Awards style adjudication process, to find the very best of high school musical theater talent in San Diego County; and in collaboration with the National High School Musical Theatre Awards (NHSMTA), to present these talented young performers with a unique scholarship opportunity to advance their educations and careers in the genre of musical theater. The NHSMTA, also known as The Jimmy™ Awards®, is named after Chairman James M. Nederlander. It celebrates outstanding student achievement in high school musical theater in the areas of vocal, dance, and acting performance.

Queen of the Night @ Diamond Horseshoe in The Paramount Hotel, 235 West 46th St

— Flashback: This Week on Broadway for March 16, 2014: Jason Robert Brown and Sean McDermott

The Visit Star Will Be Out “For a Number of Performances”
Roger Rees, who stars as Anton Schell — the former lover of Claire Zachanassian, played by Chita Rivera — in The Visit, will be out from the Kander and Ebb musical “for a number of performances,” Playbill.com has learned.

Michael Riedel: Tell the Tonys to give Tommy Tune his due!

Our Tony Award predictions next week

Ben Vereen at 54 Below