This Week on Broadway for May 17, 2015: Walter Willison and Grand Hotel, The 25th Anniversary Concert at 54 Below

Peter Filichia and James Marino talk with Walter Willison about the upcoming Grand Hotel: The 25th Anniversary Concert at 54 Below. Peter gives us a report from London including: Miss Saigon, Women on the Verge of a Nervous Breakdown, Charlie and the Chocolate Factory, and The Play That Goes Wrong. Michael Portantiere reviews The Glass Menagerie @ The Masterworks Theater Company, Merrily We Roll Along @ The Astoria Performing Arts Center, and Our Guy, Cy: The Songs of Cy Coleman @ 54 Below.

MICHAEL PORTANTIERE is a theater reviewer and essayist, whose work appears at TalkinBroadway, The Sondheim Review and BroadwayStars. He is also a theatrical photographer whose photos have appeared in The New York Times and other major publications. 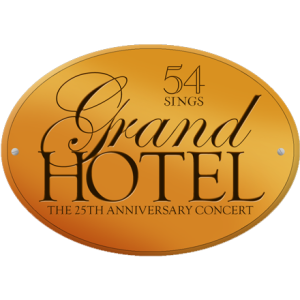 Roses At The Station

Some Have, Some Have Not