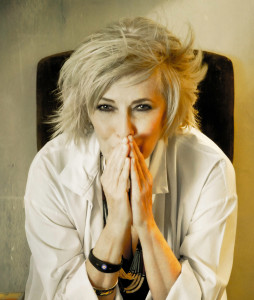 BETTY BUCKLEY, who has been called “The Voice of Broadway,” is one of theater’s most respected and legendary leading ladies. She is an actress/singer whose career spans theater, film, television and concert halls around the world. She most recently was inducted into the Theater Hall of Fame for 2012. Buckley won a Tony Award for her performance as Grizabella, the Glamour Cat, in Andrew Lloyd Webber’s Cats. She received her second Tony Award nomination for Best Actress in a Musical for her performance as Hesione in Triumph of Love, and an Olivier Award nomination for her critically acclaimed interpretation of Norma Desmond in the London production of Andrew Lloyd Webber’s Sunset Boulevard, which she repeated to more rave reviews on Broadway.

Her other Broadway credits include 1776, Pippin, Song and Dance, The Mystery of Edwin Drood and Carrie. Off-Broadway credits include the world premiere of Horton Foote’s The Old Friends for which she received a Drama Desk Nomination in 2014, White’s Lies, Lincoln Center’s Elegies, the original NYSF production of Edwin Drood, The Eros Trilogy, Juno’s Swan and Getting My Act Together and Taking it on the Road. Regional credits include The Perfectionist, Gypsy, The Threepenny Opera, Camino Real, Buffalo Gal, Arsenic and Old Lace and The Old Friends. She starred in the London production of Dear World in 2013 and Promises, Promises.

On television, Buckley appeared in “The Pacific” for HBO and on the Kennedy Center Honors in 2006 and 1983. She also starred for three seasons in the HBO series “OZ” and as Abby Bradford in the hit series “Eight Is Enough.” She has appeared as a guest star in numerous television series, miniseries and films for television including Evergreen, Roses for the Rich, the CBS series “Without A Trace,” “Law & Order: SVU” for NBC, ABC Family’s “Pretty Little Liars” and HBO’s “Getting On.”

Buckley has recorded 16 CDs, among them Bootleg: Boardmixes from the Road, Quintessence and Betty Buckley 1967 and the Grammy nominated Stars and the Moon: Betty Buckley Live at the Donmar. Her CD Ah, Men! The Boys of Broadway was released by Palmetto Records in August 2012. The CD Ghostlight produced by T Bone Burnett was released in Fall 2014, also on Palmetto Records. She received her second Grammy Nomination for the audio book The Diaries of Adam and Eve.

For over forty years Ms. Buckley has been a teacher of scene study and song interpretation, giving workshops in Manhattan and various universities and performing arts conservatories around the country. She has been a faculty member in the theatre department of the University of Texas at Arlington, the T. Schreiber Studio in New York City and currently teaches at The Modern Art Museum of Fort Worth, TX. In April of 2009, Ms. Buckley received the Texas Medal of Arts Award for Theater and was inducted into the Texas Film Hall of Fame in 2007.

Tony hosts:
Jim Parsons turned it down because he thought he would be too nervous.
Many people thought James Corden or Stephen Colbert would be natural choices given their love for theatre and their respective new and upcoming CBS talk shows.
I’ve watched a number of awards shows that Kristin Chenoweth has co-hosted, and it hasn’t been pretty.
“Late Late Show with James Corden”:
He has done a lot of theatre related bits in his first month and a half on air. He staged a production of “Grease” in a crosswalk, he drove around L.A. with Jennifer Hudson and dueted with her on “I’m Not Going,” and he and Josh Gad sang the opening monologue to the music from “Frozen.”

Motown the Musical
The current tour appears to have nine fewer cast members than the Broadway production did on opening night. It was pretty obvious that the ensemble was running around like crazy to cover all of their roles. Other than a few flies and wagons, the set was almost completely projections. I don’t know what it was on Broadway, but it didn’t see that there was a whole lot to it.
I enjoyed the show, but almost exclusively on the strength of the music and performances. There just isn’t much story there.

Pippin
Sam Lips (Pippin) and Adrienne Barbeau (Berthe) joined the cast the stop before Orlando. Lips was fairly weak compared to the rest of the cast, and his voice seemed to get worn very quickly. Barbeau seemed a little hesitant still in the tricks and didn’t have the strongest voice, but she had a great deal of charisma.
The show was great; the best one that has come through the Dr. Phillips Center this season. I was really moved by the ending.

Opting to skew younger in casting, Les Misérables set out to find a new Jean Valjean and landed with a star-in-the-making performance of “The Confrontation” by 13-year-old Joshua Colley, who stunned the audience in his vocal…