This Week on Broadway for May 3, 2015: Chilina Kennedy, The Visit, Something Rotten and The King and I

Peter Filichia, James Marino and Michael Portantiere talk with Chilina Kennedy. We discuss the 2015 Tony nominations and review the Broadway productions of The Visit, Something Rotten and The King and I. 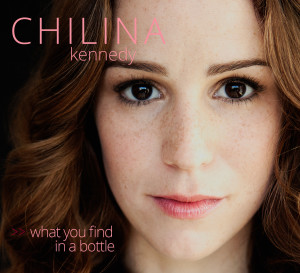 Chilina Kennedy
Musician and actress Chilina Kennedy just took over the role of Carole King from Tony Award-winner Jessie Mueller in the musical Beautiful on Broadway at the Stephen Sondheim Theater. Chilina’s last appearance on Broadway was in 2012 when she played Mary Magdalene in Des McAnuff’s Jesus Christ Superstar, which had successful runs at the Stratford Festival of Canada and the La Jolla Playhouse. Other US credits include the world premiere of A Gentleman’s Guide to Love and Murder, in which she originated the role of Phoebe at Hartford Stage and The Old Globe in San Diego (San Diego and Connecticut Outer Critics nominations) and Sophie in the 1st US National Tour of Mamma Mia! Selected Canadian credits include the title role in Ted Dykstra’s Evangeline (Charlottetown Festival and original recording), the title role in Ross Petty’s Pantomime The Little Mermaid (Toronto Critic’s Award), three seasons at the Stratford Festival (three Broadways World Awards) including Maria in Gary Griffin’s West Side Story, three season at the Shaw Festival, the World Premiere of The Lord of the Rings (Mirvish), Philia in A Funny Thing Happened On The Way To The Forum (Stratford/Toronto), Cecily in The Importance of Being Earnest (Neptune) and the title role in Mary Poppins (Theatre Aquarius).

Chilina is also a singer/songwriter with her debut album What You Find In A Bottle which was released April 15th 2015. Chilina has worked with Burt Bacharach, guest starred in concert with Colm Wilkinson and guest starred with Jason Robert Brown at the Glenn Gould Studio in Toronto. Chilina is a graduate of Sheridan College and the Birmingham Conservatory for classical theatre in Stratford. She is also a proud founding member of Toronto’s Theatre 20.

— Flashback: This Week on Broadway for January 12, 2014: Christian Borle

The King and I @ Lincoln Center Theater, 150 West 65th Street

What’s Donna McKechnie doing as a Broadway understudy? by Elisabeth Vincentelli
One of the most dreaded sights on Broadway is the white insert in the playbill letting you know that the show’s star is out that night.

First Look at SOMETHING ROTTEN!

This Year — Chilina Kennedy – What You Find in a Bottle