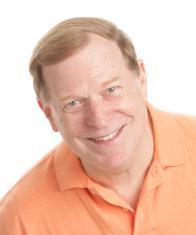 WAYNE BRYAN is beginning his 28th season as Producing Artistic Director for Music Theatre Wichita … not bad for a fellow who had never been a producer when he showed up for duty here on April Fools’ Day, 1988.

In the course of his tenure here, Music Theatre has grown from a theatre with a budget of $800,000 a year to the most highly subscribed non-profit arts organization in Kansas, with a budget of $3.6 million (at least 70% of which is annually spent back into the local economy). Combining education with professional theatrical production, Music Theatre Wichita has been internationally praised for its quality. It has also proven to be a significant economic booster for the city, the region, and the state.

Unlike most musical theatres, all the shows seen at Century II during the summer months are created locally, using a unique mix of Broadway guest artists working hand in hand with talented young Midwesterners. Five Broadway-scale shows are built and presented within Century II during an intensely creative 10-week period, and Wayne and his team are constantly exploring new shows and new technologies, in addition to the classic titles and traditional approaches that have proven so successful.

Raised in southern California, Wayne performed on Broadway in Good News!, Rodgers and Hart, and Tintypes, and on television in such shows as “M*A*S*H” on CBS, “Keystone” on A&E, and “American History” on PBS. He has directed award-winning productions all across the country, from San Diego’s Old Globe Theatre to New York’s City Center, but feels he’s doing his most challenging and rewarding work now. He is especially proud that so many young MTWichita alumni are currently performing on Broadway and all around the world. (About 40 are appearing on Broadway right now!)

In addition to various theatrical awards for performing and directing, Wayne has received the Kansas Governor’s Arts Award, the Gordon W. Evans Awards, and the NCCJ Brotherhood Sisterhood Award, honoring those who fight discrimination and encourage diversity. He is also the 2008 recipient of Donna Sweet’s Humanitarian of the Year Award. He has published numerous articles on the history and future of the American Musical Theatre.

— Flashback: This Week on Broadway for December 8, 2014: Douglas Sills

The King and I