Peter Filichia, James Marino and Michael Portantiere review Wolf Hall: Parts 1 & 2, An American in Paris, Gigi, and It Shoulda Been You. 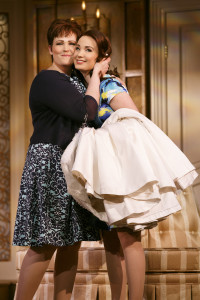 Lisa Howard and Sierra Boggess in It Shoulda Been You. (Photo by Joan Marcus)

IT SHOULDA BEEN YOU – Broadway Montage