Peter Filichia and James Marino talk with James Lapine about the release of the Into The Woods DVD. Michael Portantiere and Carey Purcell join in to review: On The Twentieth Century, The Heidi Chronicles, Paint Your Wagon, and The Hunchback of Notre Dame @ The Paper Mill Playhouse.

Carey Purcell | [email protected] | Twitter | Website
Carey Purcell is a staff writer and the features editor of Playbill.com. Her new column, “A Woman’s World” focuses on covering women’s issues, both on and Off-Broadway by highlighting successful women in the industry and the challenges they have faced. She can be followed on Twitter @PlaybillCarey and at her blog CareyPurcell.com. 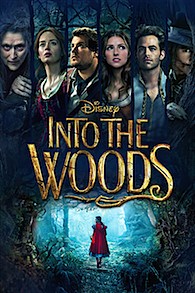 A Woman’s World: Pam MacKinnon on The Decision to Restore Wasserstein’s Cut Dialogue to The Heidi Chronicles by Carey Purcell

The Rent Is Too Damn High: Toys R Us Is Leaving Enormous Times Square Location

On The Twentieth Century – Veronique – Kristin Chenoweth and Company