Ted Chapin, President and Executive Director of Rodgers & Hammerstein
As President and Executive Director of Rodgers & Hammerstein: An Imagem Company, Ted Chapin has spearheaded over twenty award-winning Broadway and London revivals, as well as several film and TV movie remakes and numerous recordings. Chapin is past Chairman of the Board of Trustees of the American Theater Wing, and was chairman of the Advisory Committee for New York City Center’s Encores! series from its inception. In addition, he serves on the boards of New York City Center, Goodspeed Musicals and New Music USA. He has been a guest lecturer at NYU, Yale, Columbia, Lawrence University and St. Catherine’s College at Oxford. He was a Tony Awards nominator for two seasons, and is currently a member of the Tony Administration Committee. Prior to joining R&H, Chapin served as, among other things, musical director for the National Theatre of the Deaf, Associate Director of the National Theater Institute, and Producer of the Musical Theatre Lab in New York and the Kennedy Center in Washington DC. For three years, Chapin served as Associate to Alan Arkin which included Assistant Director on the original production of Neil Simon’s THE SUNSHINE BOYS. By the time he graduated from Connecticut College in 1972, he had amassed more than five years of Broadway credits as production or directorial assistant. In 2003, he turned his observations working as the Production Assistant on the original production of the Stephen Sondheim/Harold Prince musical FOLLIES into an award-winning book, Everything Was Possible: The Birth of the Musical “Follies,” which was published in hardcover by Alfred A. Knopf and in paperback by Applause Books. 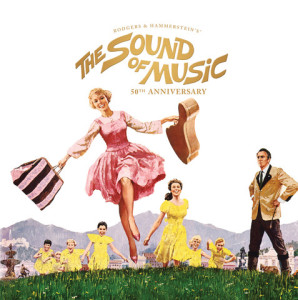 ANALOG SPARK is the new audiophile imprint of leading independent record label RAZOR & TIE. The imprint is focused on the reissue of classic and acclaimed albums on 180-gram vinyl and SACD, and is working with the best sources, mastering engineers and pressing plants to ensure that their releases are of the highest quality. Future releases include albums from Kate Bush, Ben Folds Five, The Dave Brubeck Quartet and Laura Nyro.

With over 40 million units sold, 24-plus years in business and multiple Grammy Awards, RAZOR & TIE is one of the largest privately owned independent music labels and publishing companies in North America. The full service label (which was founded in 1990 and has been co-owned since its inception by entrepreneurs Cliff Chenfeld and Craig Balsam) employs an expert staff that provides strategic marketing, publicity, new media/online marketing, tour marketing, radio and video promotion, as well as in-house creative team and video production services.

Gifts of language continue in ‘Cyrano’ by Karen Wada, Special to the Los Angeles Times
The forces behind a well-received stage production have worked together for a long time, forever bonding the Fountain and Deaf West theater companies.

Reviews: On The 20th Century, Heidi Chronicles, Paint Your Wagon

Sixteen Going on Seventeen
My Favorite Things
So Long, Farewell