This Week on Broadway for February 22, 2015: Bill Russell and Hamilton at the Public

Peter Filichia, James Marino, and Michael Portantiere talk with Bill Russell about the release of the Side Show CD. Reviews include Hamilton @ The Public Theater, The Lion, Titus Andronicus, The Snow Orchid, Pretty Filthy by The Civilians, The Keen Company production of John & Jen, and Jessye Norman in Hooray for Love! 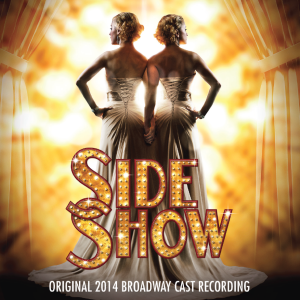 Bill Russell received Tony® nominations for the book and lyrics of the original production of Side Show. He co-authored book and lyrics for the off-Broadway hit Pageant and directed it in the Fringe and West End of London, Chicago, L.A., Atlanta, Stoneham, MA and the University of Kansas. A revival of that show is currently playing on 45th Street. He directed Elegies for Angels, Punks and Raging Queens,for which he authored book and lyrics, in the Fringe and West End of London, New York and around the country. The Last Smoker in America (author, book and lyrics) played off-Broadway in 2012.

Hamilton @ The Public Theater, through May 3

The Civilians Let Me Ascertain You Podcast

PF: The Keen Company production of John & Jen @ at the Clurman Theatre on Theatre Row, 410 West 42nd Street, through April 4

01 Come Look at the Freaks