This Week on Broadway for January 11, 2015: Tom Hewitt and Galavant

Matt Tamanini Matt is BroadwayWorld’s Chief TV and Film critic. He also writes across other BWW sites, including BWW Orlando, and serves as BWW’s Database Manager. He received a BA in Journalism/Communications from The Ohio State University and has worked in sports broadcasting, media relations, and journalism. He also has directed and/or produced over 30 plays and musicals, and is currently writing two plays of his own. You can connect with Matt through Twitter: @BWWMatt. 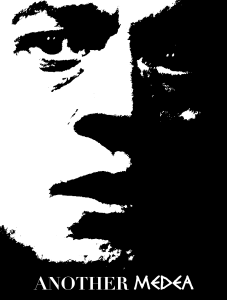 ANOTHER MEDEA and DEVIL IN A BOX will be presented in revolving repertory at The Wild Project, 195 East 3rd Street. Located between Avenues A and B, The Wild Project is accessible via the F train at 2nd Avenue and the J, M and Z trains via the Essex Street station.

Another Medea, which runs 80 minutes without intermission, begins previews Wednesday, January 14th at 7 PM, opens officially Friday, January 16th at 9 PM and continues in rep through Saturday, January 31st at 2 and 7 PM with special late-night shows on Fridays at 9 PM.

Tickets ranging from $30 to $60 are available via www.allforonetheater.org. A limited number of $15 Rush tickets will be available beginning 30 minutes prior to curtain.

Previous interview: This Week on Broadway for April 8, 2013: Tom Hewitt is a Lucky Guy with Kinky Boots

Chita Rivera Will Pay a Visit to Broadway

“Glee”
Final season kicks off Friday, January 9th.
Shortened to 13 episodes and moved to Friday nights.
All former characters will be back at some point during the season.
Ryan Murphy is again promising a return to what originally made the show popular.

“Nashville”
Second half of third season begins February 4th.
Features Broadway’s Will Chase and Laura Benanti as country music singers, and Keean Johnson as Will Chase’s character’s son (Keean and Will appeared in “Billy Elliot” on Broadway together).

Jeff Doherty: As I am an English teacher, I was wondering what you, Peter, and Michael consider the tipping point where the willing suspension of disbelief no longer applies in a musical, and the plot becomes untenable or absurd. Aren’t musicals inherently suspensions of disbelief, since most people do not sing through their daily lives?

Out of Town Tours:

I Can Make You A Man

I Can Make You A Man (Reprise)